In 1978, Jacksonville had only a hand full of Muslims. But they wanted to build a community. Towards this end, they decided to create an organization that would not only build a place of worship for the Muslims but would also establish a school; a school where children would receive quality education in a morally responsible environment.

Islamic Center of Northeast Florida, Inc. (ICNEF) was incorporated as a Not-For-Profit corporation in the State of Florida in 1978. The following year, the Internal Revenue Service accepted its election to be treated as a 501(c)(3) tax-exempt religious organization. A parcel of land, a little over three acres, was acquired in 1982. In 1984, the land was cleared and a building slab poured for the Islamic Center building to be constructed in phases. This process of constructing the Center building is still continuing. Since Muslims are not permitted to borrow money to build a House of God, this construction has been a function of the funds that were raised locally from the Muslims.

The Master Plan called for the construction of a school building as well. However, those plans were derailed when the State of Florida decided to exercise its “Right of Eminent Domain” and the Islamic Center had to give up title to about a third of its land. It was not until November 12, 1996 that the ICNEF Managing Committee passed a resolution to establish a full-time school. This resolution was revised and adopted by the ICNEF Board of Directors on September 7, 1997. This ICNEF Board resolution created an autonomous Al-Furqan Board to manage the affairs of Al-Furqan Academy. The AFA Board was empowered to start the school from the 1998-99 Academic Year. Its mission was and continues to be that every child regardless of religion, race, color, national origin, or sex will be eligible for admission to  AFA. 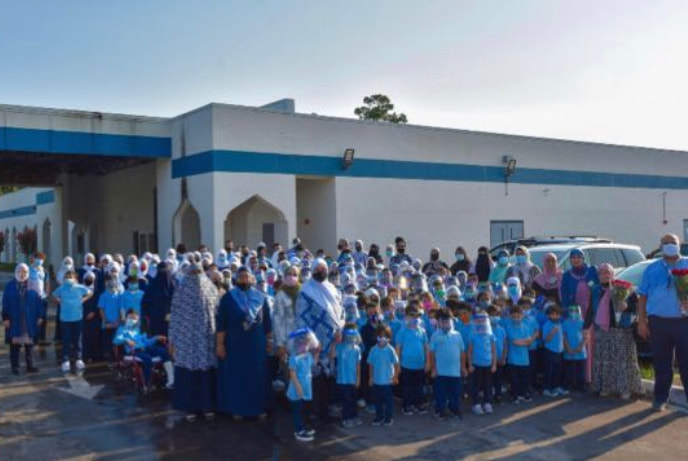